Samanid mausoleum is considered to be one of the most highly esteemed work of Central Asian architecture, and was built between 892 and 943 CE as the resting-place of Ismail Samani - a powerful and influential amir of the Samanid dynasty, one of the last native Persian dynasties that ruled in Central Asia in the 9th and 10th centuries.
The shrine is regarded as one of the oldest monuments in the Bukhara region - at the time of Genghis Khan's invasion, the shrine was said to have already been buried in mud from flooding. 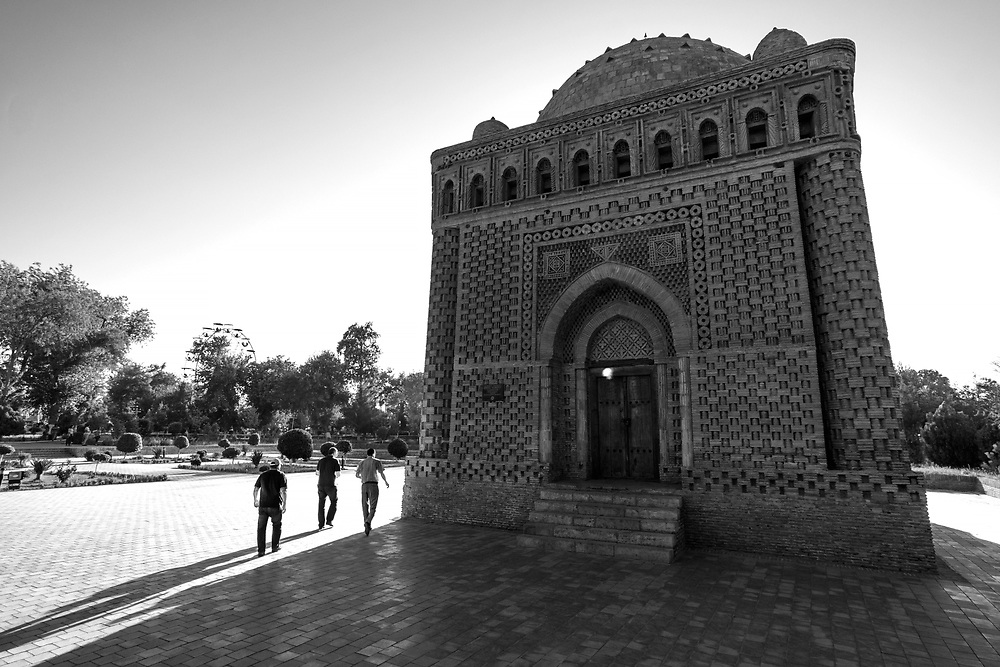